She wears the official Berk Watch shirt and Berk Watch medallion symbolising that she is a member of the Berk Watch.

She wears the same wristbands as Quill Spiral to protect her arms because, like Quill, she loves close-up battles.

Crystel wears a mouth mask for no protective reason. She just really likes them and has a whole collection of them, however the Gronckle Iron Screaming Death mask is her personal favourite.

Crystel is very overprotective of her dragon and other dragons. She won’t let ANY stranger lay a finger on Neon Lights or any other dragon if she knows they mean no peace.

Crystel is also very persistent with things. When she starts something, she doesn’t stop until it’s done. She’s also very confident in herself and those around her.

Crystel is very handy when it comes to battles or fights. She’s always well aware of how things should end up. Some vikings say she has the ‘magic touch’.

Crystel does not exactly succeed at strategic thinking. She just rushes into battle and thinks things up as she goes. In the wrong hands, this can be used aginst her.

Crystel is also very bad at keeping secrets and special information, however, she tries so hard to keep it in.

The two are very strong bonded and can never be found apart. They do EVERYTHING together.

Snotlout’s parents and Crystel’s parents are friends, which forces the two vikings to befriend each other. Unlike other female vikings, Snotlout doesn’t exactly like Crystel. In fact, Snotlout absolutely hates her. Which is good news for Crystel.

Crystel loves to geek out with Fishlegs. They love to look at each other’s facts and swap notes.

Heather and Crystel have formed an extraordinarily unique friendship. They love to share battle tactics and talk with each other about lots of things. Crystel and Heather are inseperable.

Crystel sometimes finds these guys hilariously awesome but, when they start Loki-ing, they can really erupt Crystel’s anger.

Crystel and her dad love each other. Harrod is also a member of the Berk Watch, so, they spend lots of time planning for the Watch and supplying Berk with safety.

Crystel is Aurrora’s favourite daughter. She loves how persistent and confident Crystel is. Aurrora helps Gobber in the armoury with making saddles while Gobber does the tooth job. Sometimes, when Crystel’s off duty, she helps out her mother and Gobber.

Skye and Crystel are the closest sisters in the entire island of Berk. They love sharing their secrets, especially because Crystel can’t hold it in herself. And, even though Skye is younger than Crystel, she acts like the older sister and comforts Crystel whenever it is needed.

Blue and Crystel were childhood friends, like Crystel was with Quill. They always played with each other when they were younger. They’re still best friends.

Crystel is a Junior Dragon Rider. She isn’t AS experienced as Quill, even though they’re the same age, but she is still very accomplished with her Dragin Training.

Crystel, along with her dad and a few other vikings, is a member of the Berk Watch. The Berk Watch is a Dragon Rider century that takes shifts looking for Dragon Hunters and unplanned visitors. Crystel loves flying around on Neon Lights while looking for trouble. 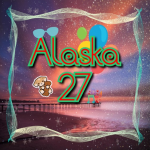