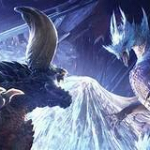 aka The Little Savage

Hello! I am Arachnid! Call me Arach if you want! I am a freak, bad writer and a very big fan of How To Train You Dragon, dragons, fanfics, a lot of stuff. And I am super happy to be here on this wiki to share my creativity with everyone! I do drawings but they aren't as good as the ones I have seen. I am currently living on a remote island with my Blind Skrill-Flightmare hybrid Tonnere who I saved from some savage hunters who were trying to tortue him into shooting out a rare crystal, a Mistflash. Along with my gold and green tarrifying (pun intended) Tarscale, haven't got a name for him yet so message me if you have an idea for a name!

I am currently trying to write a comic fanfic of How to Train Your Dragon but I have no idea what I should write about. Got any ideas? Message me!

One more thing, I LOVE DRAWING, if you ever one of my cringy drawings don't be afraid to ask!

Ow-hey-stop-I wasn't-sit! Good Skrill! *Sigh* Alright. I got to take Tonnere flying. If you have any questions or anything don't be shy to message me! Seeya guys!

No Tonnere there are no badgers here. Stay calm!

Due to your kindness and your ability to tolerate me, the wiki's resident oddball, I hereby dub you

Whoop! Congrats! This badge signifies my trust in you, and you have now earned my loyalty. I'm always up for conversations, and I will be there to yell at you if you ever doubt yourself! I will also provide my services as defender of anything you create, because I know that everything you create is truly epic. If anyone dares offend you in any way, consider them dealt with!

Have a wonderful day, my friend! I'll talk to you next time you need it.

Display this badge on your user page by entering {{Esteria's Colleague!}} into the source code!

When I was very young our friends had to go on vacation and our family stayed at their house to keep it in shape as they were out. My sister had a blast there, watching stingrays, sharks, and once an octopus (seen by my dad) swimming in the river in their dock-for-a-backyard. Though one night my mom found this movie called How to Train Your Dragon and decided to have us watch it that night. At that point I had only seen trailers of it so I had no idea what it was about (because I was a clueless seven year old) but I also had no idea what this movie had in store for me. As soon as I finished, I found my true love, dragons. From that day forward I drew and talked about nothing but dragons, I watched the Boneknapper episode at least ten times in a row and I had an absolute blast.

Then skip 1-2 years later when the HTTYD 2 came out. Idk why but i didn't think much of it. Then one day when my mom was out and I was with my friend JR (who was six years older then me) and his mother, they decided to take me and my sister out to see the second movie. I was a bit nervous cuz as a little kid I hated seeing new movies, it just freaked me out for some reason. But once again by the time I finished it. I LOVED EVERYTHING ABOUT IT! The music for the preview I saw a few hundred times was epic, I loved the fight scenes, and the new dragons. Everything, and once more I loved dragons even more. I started reading the WOF series and even planned on making my own story that i will release soon!

Now lets fast forward a few years and me and my sister heard rumors of a third movie. Of course I was so hyped! We didn't know if it was going to happen but later our dad showed us the poster! It was true! I was so excited! I got to see a VR of the upcoming movie with my friends and had a blast! And my dad was friends with one of the people working on HTTYD and they gave us free tickets to see the third movie early! Of course I accepted! The movie was epic in every single inch, the Deathgripper was ten times as beautiful as I thought, Grimmel is everything I expected for a final antagonist (Strange though the fact he brung night fury's to extinction is barely even mentioned).

Now lets get to the present day. Me a kid who just started Middle School in the middle of a lockdown. I was bouncing along fandom, editing, chatting, but the wiki's I was at were getting very boring. I had no things to do. But then an idea popped in my head. Theres a how to train your dragon fandom wiki...does that mean theirs a fanon one to? I googled it and OH MY ***** GOSH THEIR IS ONE GOD BLESS THIS WIKI I AM GOING TO LOVE THIS WIKI TO THE PURE DEATH!!

Now here I am!

Ironically barely any of these have to do with Httyd. These are fanfics I am planjing or writing, finished or and still writing

Ghost Eye: About A Thunderwing dragon who can see dead dragons and basically about his life. (F)

Lights of The Shadow: Firefly's friends began to disappear from school and a suspicious new student has joined her class. (F)

The Elder King: A super weak monster named Scar discovers a group of monsters called The Elder Dragons who are planning to destroy his home. The story is about his adventure to stop them (W)

Apocalypse fighter: While Aliens have nearly wiped out all the humans off earth, a group of alien fighters go out of their safe place to find an ancient robot to defeat the aliens (P)

Myth Riders: A world where pirates have mythical creatures and go on wild adventures to find the six peices of the Scroll of Myths, riding dragons, and fighting sea monsters along the way! (P)

Retrieved from "https://httydfanon.fandom.com/wiki/User:ArachnidTheHivewingSkywing?oldid=55109"
Community content is available under CC-BY-SA unless otherwise noted.